The history of the Hotel Böhlerstern

Zeitgeist is tradition since 1919 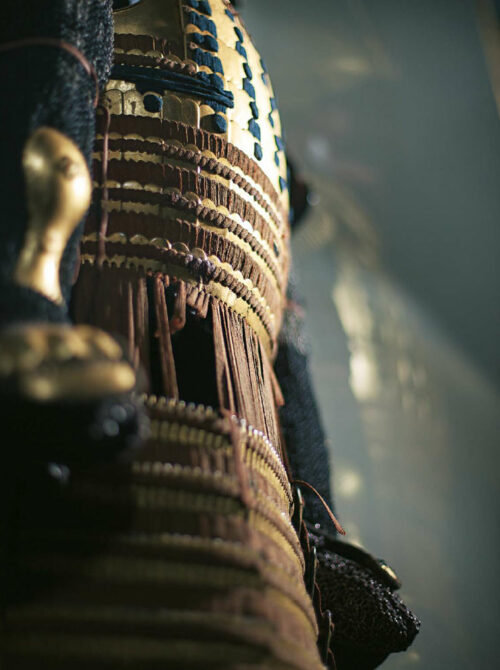 THE SAMURAI OF GUSTAV KLIMT
Gustav Klimt, who was an Austrian painter, owned the Samurai’s armor. He is said to have brought it back from his trip to Paris in 1909. But how did this armor come to Kapfenberg? The heir to the armor, Klimt’s nephew Alfred Zimpel, was personnel manager at Böhler Edelstahl until 1960 and sold the statue to Alfred Mikesch, the director of the company at that time. Mikesch had it exhibited in the factory’s former guest-house. 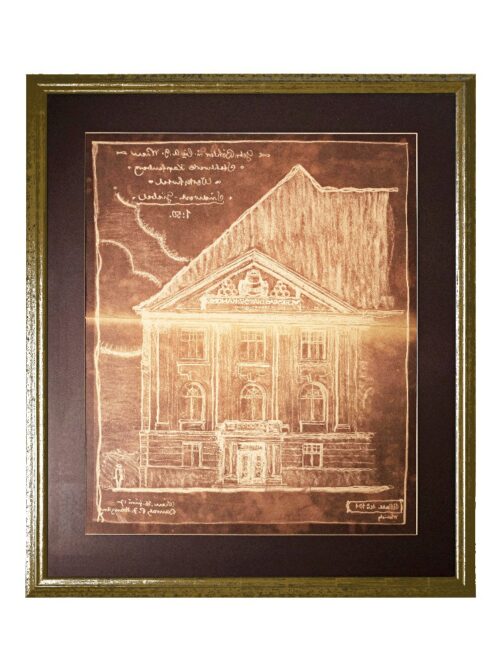 THE ARCHITECT OF THE HOUSE, OTTO PRUTSCHER * 07.04.1880 – † 15.02.1949
The Hotel Böhlerstern was entirely designed by the famous architect Otto Prutscher. A lot of his impressive work such as the Russenkirche or the Heinehof in Vienna has been put under monumental protection. During his training at the Technical College for Wood Industry at the Vienna School of Applied Arts, Prutscher internalized the postulation that all graduates should cover “all the needs of the art industry”. Due to this, it was important to him that architecture and interior design form a unity. The designs for the hotel were created around 1910. 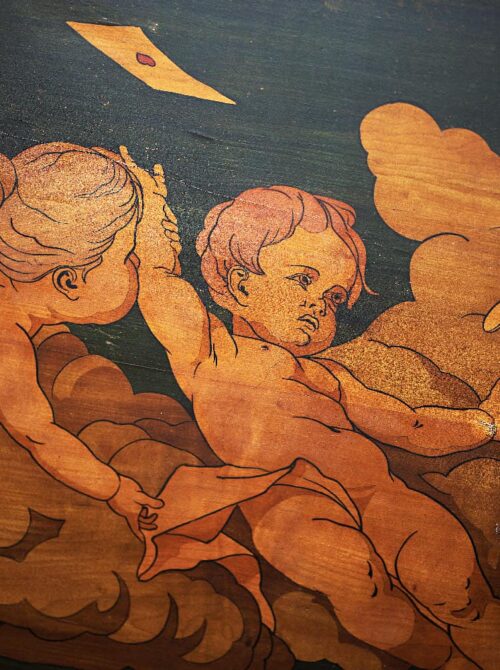 FROM PLAYROOM TO MUSIC ROOM
The magnificent ceiling in the hotel’s music room originally came from Krottendorf Castle, known today as the Buchta Castle. This building was first mentioned around 1210, and from that point, it has been continually enlarged and rebuilt. The castle, in its current state, dates from the 17th century and looks back on an eventful history. For example, Ulrich von Liechtenstein was a guest at this house, which is now owned by the company Böhler Edelstahl GmbH. 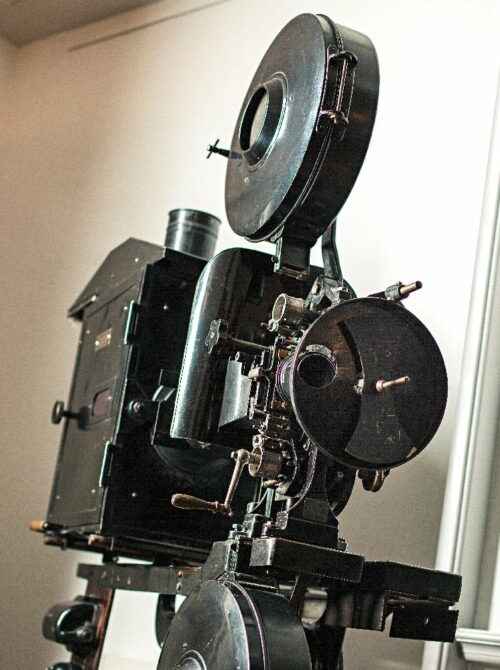 FROM CINEMA TO THEATRE HALL
In the early days of the hotel, the theatre hall was the second biggest cinema in Kapfenberg and opened its doors to the world of entertainment and information for thousands of people. Nowadays, you can still find the original projectors in the hotel, which are maintained by the Film Club Kapfenberg. The exhibited projector is truly a piece of history as well: it is the projector that threw the first pictures on the big screen of the theatre hall in 1927. 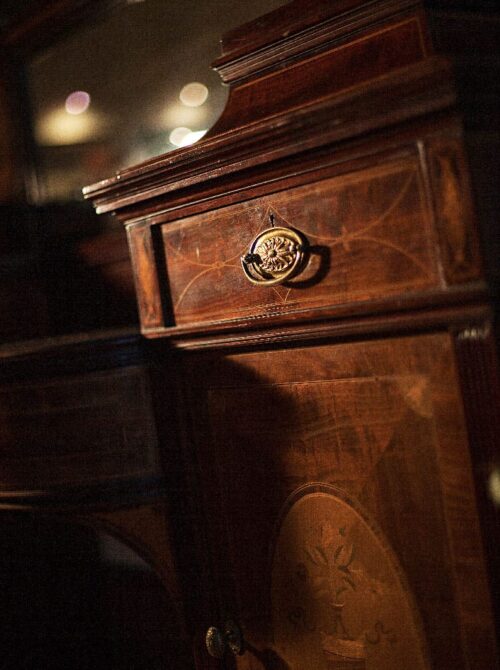 OTTO PRUTSCHER: THE INTERIOR DESIGNER
A large part of the original furnishing was also designed by the architect Otto Prutscher. He regarded buildings as a whole, starting from the façade to the smallest detail, such as the cutlery. He also put that into practice at the hotel. Many objects in here come from the original furnishing and are valuable individual items. Many pieces were manufactured by the renowned Howard & Sons manufactory in London, which was one of Europe’s best known and most sought-after upholstered furniture workshops back in the time.

THE GROUP BEHIND THE HOTEL
The massive 40 kg champagne-spout underlines the close relationship between Böhler steelworks and the hotel. The swivel spout is made for a Nebuchadnezzar bottle with a capacity of 15 liters and was created in the training workshops of Böhler Edelstahl GmbH. In this workshop, the apprentices learn everything they need to know for their future profession. Böhler is the world’s leading supplier of tool steels, high-speed steels, and special materials.

1919 The hotel was built by the Böhler brothers to provide their employees and business partners with a multifunctional center. With the opening of the “Werksgasthof zur Kanone”, the hotel rooms, the Fürstentrakt, as well as its theatre hall with adjoining rooms, the hotel quickly filled with vibrant life. In 1943, the attic was expanded to increase the number of rooms.

1985 The entire complex acquired a new splendor after extensive renovation works and a new era began. Nowadays, the 4-stars hotel offers its guests a wide range of services of exceptional quality achieved through tradition and experience.

2005 The services offered by the hotel were extended, and a new spacious wellness area in the former Bonsaal, the Steel Academy and 17 design rooms in the attic were added to the building.

2006 The music room, with a wooden ceiling dating 1896 from the Buchta Castle, as well as the theatre hall bar and the Irony Lounge were built. The reception and the hotel entrance area were renovated as well.

2007 The existing rooms were newly renovated.

2009 The main kitchen was completely renewed and the restaurant was restored to its former glory.

2010 The remaining space of the Bonsaal was transformed into the current Kochstudio.

2018 Conclusion of the renovation work of the Restaurant Bachstelze with a new summer terrace.

2019 Complete renovation of all interior areas. Renovation and remodel of the reception area, hotel lobby, main entrances, wellness zone, and all seminar rooms.

2020 Start of the hotel facades renovation, renovation and remodel of our Kochstudio